When the New Forest Art Society reached its 25th year in 1989, it was decided to try to mark this special occasion. The secretary at the time, Helen Rudge, began diving into the archives. We owe her the credit for producing a history of the society

In 1950, or thereabouts, Mr Mahn, a local amateur artist died, leaving his studio and attached living quarters to his housekeeper, Miss Bartlett. She said to her doctor, also an amateur artist, "I do miss the smell of oil paints. Please come and paint here". The doctor, Dr Danby, invited his friends and regular painting sessions started. When the number of painters reached ten, a tutor, Mr Leon Talbot, was provided under the W.E.A. scheme and regular instruction started using professional models. The first exhibition was held at the Stag Hotel, Lyndhurst.

In the early 1960s, Cecil Landale, who bought Scott's sweet shop opposite the Crown Hotel, started to supply artists' materials in the corner of his shop. In 1964 he organized a group of his clients into a committee and the New Forest Art Society was born. Regular meetings were started and notice of these was sent to 'The Artist'. Fees were five shillings to join and 15 shillings for yearly membership. At each meeting members paid one shilling each to defray the cost of hiring the room. Committee meetings were held in a room belonging to a local solicitor.

Lyndhurst Community Centre opened in 1963 and it was decided to use the hall for the 1965 exhibition. This was to last a week. In this exhibition the society was fortunate to have some of Augustus Johns' paintings, which were hung on a screen as a memorial to the artist, who had recently died. Sven Berlin and David Cobb were guest artists at subsequent exhibitions. The annual exhibition has been held in the summer every year since then. The hanging fee in 1965 was 2s 6d and the profit was £9 14s 6d. The most expensive painting was 15 guineas.

Monthly meetings began with discussions on the use of various media, quizzes, slide shows of different artists' work, critique of members' work, talks and demonstrations by people who were willing to take the fees the society could afford. When the Society celebrated it's 25th Anniversary, we were very fortunate to have the late Sir Hugh Casson as our guest artist.

In 1989 we were delighted to elect the eminent Fred Sinkinson as President of the NFAS. We enjoyed his support and leadership until his death in 2009. A tribute can be found at the end of this page, and his biography is available on the following link:

Donations
To celebrate the millennium, the Society donated two members' works, a painting and a sculpture, to the Fenwick Hospital in the hope that our work will give pleasure to patients and visitors for many years to come. Lyndhurst's former cottage hospital was officially reopened in June 2003 by Lord Lieutenant of Hampshire, Mary Fagan, following an extensive refurbishment. The painting by Ken Youens and the sculpture of a mother and child by the late Diana Witney were officially received.

At our AGM in February 2003 the Society agreed to donate £300 to the charity World Share, specifically to support the art department of a new Christian school at Siyabuswa in rural South Africa. The school opened in January 2003 with 120 seven year olds, of whom 25% are orphans.  The  Treasurer, Francis Regan, visited the school in July 2003, at his own expense and reported back to members. Profits from teas and coffees at monthly meetings have been donated to the art department.

The Website
The original  website www.nfasoc.co.uk was started in 2003. This new  web started was started April 2015 It operates as a notice board for news and information about art events. There is a gallery of paintings which changes regularly and a diary of events.

Our Society continues to thrive. During October 2013, in addition to our annual exhibition, the Society held a display of paintings at the prime exhibition venue of Sir Harold Hillier Garden Centre in Romsey. We have linked up with other art clubs and societies for organised trips to major art exhibitions and events, and also involved local school children within our exhibitions plus taken part in Christmas events at the local church. We continue to this day to participate within the community.


2014 marked the Society's 50th year. The Golden Anniversary was marked with a well subscribed "Gold" theme at our annual exhibition, and the Society celebrated with a cheese and wine evening at the annual general meetings preceding and ending our special year.
2015 saw the introduction of a two day Autumn Art and Craft Sale, where members man their own stalls to sell their varied art and craft works. In 2018 a second successful exhibition at Sir Harold Hillier Gardens was held and this will hopefully be repeated biannually (definitely being held in 2020).

135 members can join the society and over the last few years it has grown nearer to this upper limit. But new members are always welcome to join. There is also a young persons reduced membership fee.  A varied programme of monthly meetings and workshops, trips to galleries both locally and further a field, and opportunities to paint together is offered. Our website and Facebook page have been developed and members receive a monthly newsletter. Raising the profile of the society in the local press and community magazines has been an important focus. The part the society plays in the local community has been recognised by the award of grant monie

The Society's committee is cognisant of the need to continually evolve and develop to meet members' needs. Year on year we look towards bringing changes, within the remit of our constitution, to enable the Society to flourish. 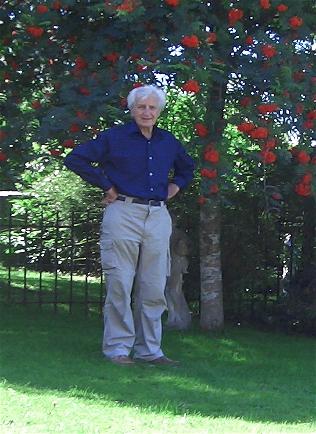 Declan Good
Acknowledgements - Thanks to Fiona Long, Joanna Day, Bill Holt, Pat Swain, and Karel Gonlag for their contributions to the above, and to Simon Sinkinson for the photograph..

1 La Sainte Union College of Higher Education was a teacher training college owned and run by the La Sainte Union des Sacres Coeurs order of nuns. It collapsed in 1997 in controversial circumstances and became a campus of the University of Southampton, specialising in adult and continuing education programmes. The campus was sold off in 2006.